We’ll team up with CARNAL TOMB for a four days mini tour at the end of February 2020: 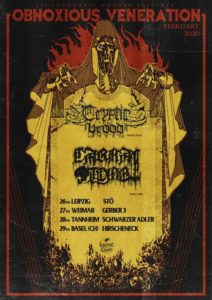 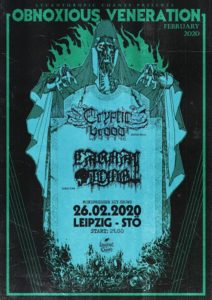 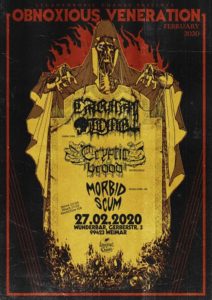 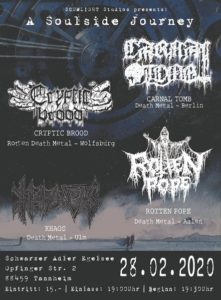 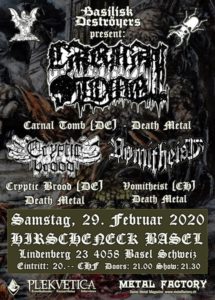 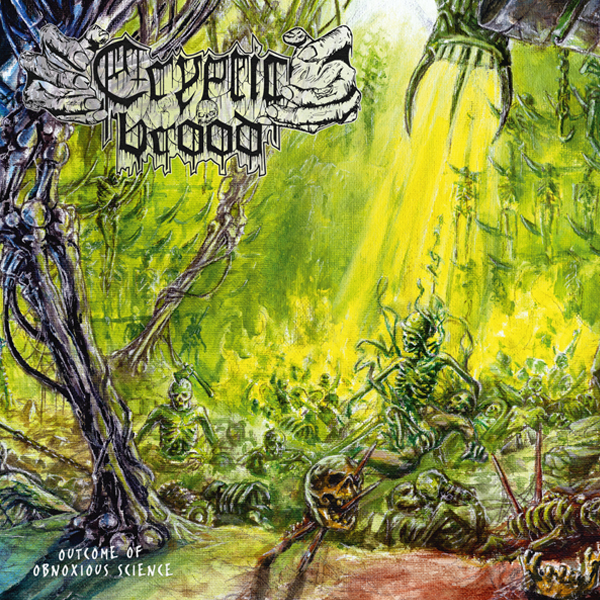 “In The Grip Of Death” European Tour 2019 final route

We’d like to present the final route for our “In The Grip Of Death” European Tour 2019 that kicks off today:

CRYPTIC BROOD
“In The Grip Of Death” European Tour 2019

Part I, ripping with HAEMOPHAGUS

“In The Grip Of Death” European Tour 2019 announcement

Month November will hold CRYPTIC BROOD “In The Grip Of Death”. After ripping with HAEMOPHAGUS on the first part of the tour, we will rot with EKPYROSIS on the second part.

As you can see on the poster, there are still a few open dates. Please get in touch if you’re willing to book us.

Part I
ripping with HAEMOPHAGUS 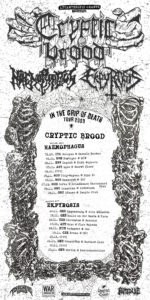 The brood crawls back into their coffins

Argh… the “Infectious Decay” European tour is over. We close our coffins, bury them six feet under and are thankful for the work all the promoters of each concert put into the organisation of their events, the delicious food and places to rest our cadavers. Prost to all the bands we were allowed to share stages with – especially ANATOMIA, the senseis of death and doom, for delivering a killer set every night and starting the next day with a “Herrengedeck” (beer + hard liquor) together with us. And the most important guy of this tour was our driver Markus <3 you’re the best!!!

Fuck you to the person(s) who destroyed our wing mirror in Lyon.

Thanks to Lycanthropic Chants for the whole organisation, promotion and execution of this tour. 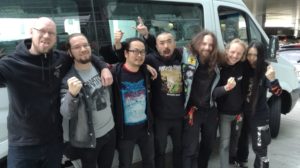