The artwork was done by Skaðvaldur. 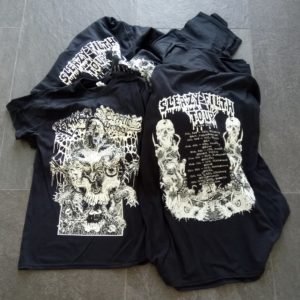 “Wormhead”-EP to be released on vinyl!

Fucking Kill Records will release our “Wormhead”-EP on black wax. Limited to 200 copies. The pre-sale has already started. Get your copy here. Details:

Our own copies will hopefully arrive in time for our “Sleazy Filth” tour. 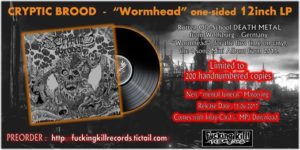 This tour will make the two Death Metal bands REPUKED and CRYPTIC BROOD smear sleazy filth on venues in Europe. REPUKED are back from slumber and will present tracks from their third album that will be out on Soulseller Records later this year. CRYPTIC BROOD just released their first full-length album “Brain Eater” (CD – Xtreem Music, LP – Terror From Hell Records, MC – Weed-Hunter-Records). This is disgusting, this is ugly, this is death metal! 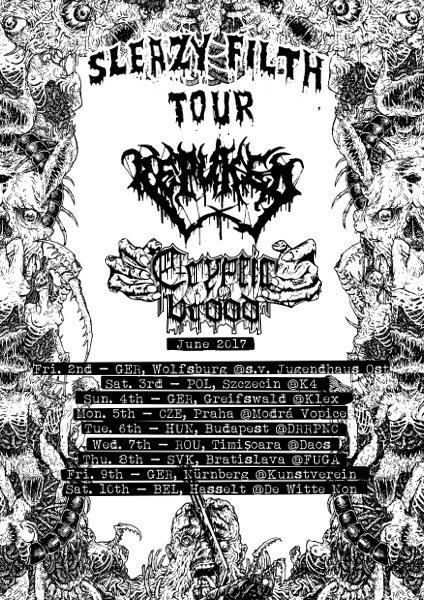 According to the release of our first full-length “Brain Eater”, we printed shirts with the album cover.

The shirt is available in the sizes S to XXL. Printed on Gildan Ultra Cotton T-Shirt (200 g/m²) in full colour + back print.

No bundle deals. We just sell this shirt cheap for 10 EUR. Get yours from our shop. 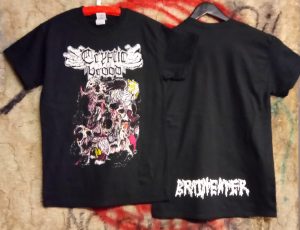 Our first album “Brain Eater” is out on CD via Xtreem Music now. You can buy it directly from us here. The album is also up for streaming (…and download…) in its entirety on our bandcamp profile.

A shirt with the album artwork will arrive here in the next days. Gonna add it to the shop too. We’ll also post an info about it here.

According to the release of our first full-length we redesigned our website. Hope you enjoy the new layout. 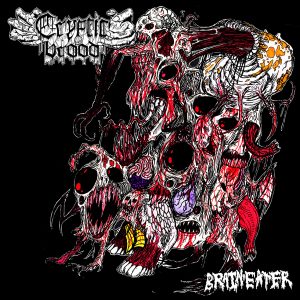 Read the official announcement by Xtreem Music while listening to the opening track “A Box Full Of Bones” at this location:

Germany’s most putrid Death Metal act CRYPTIC BROOD, have just revealed cover artwork from their debut full length album “Brain Eater” as well as an advance song, the opener “A Box Full of Bones”, to be released next 1st of March through Xtreem Music.

Born in 2013, CRYPTIC BROOD quickly gained a solid reputation through their debut demo, two split EP’s and previous mini CD, also on Xtreem Music, as the most serious european inheritors of AUTOPSY with their rancid kind of organic-sounding Death Metal absolutely away from today’s sound technical facilities. Only lovers of AUTOPSY as well as morbid heavy doomier acts like WINTER, DERKETA, UNDERGANG, early AUTOPSY and even HELLHAMMER, will be able to appreciate the honest unadultered Death Metal sound of CRYPTIC BROOD!!

Tracklist for “Brain Eater” is as follows:

Release date for “Brain Eater” will be March 1st through Xtreem Music on CD format.

We’ll fly over to Finland for three shows next week. Furthermore we confirmed seven shows for December. Check the live section of our website for flyers, other bands on the shows and updates.

See you on one of these shows! 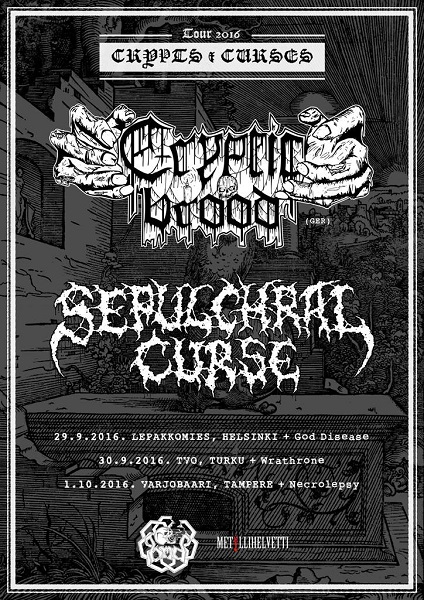 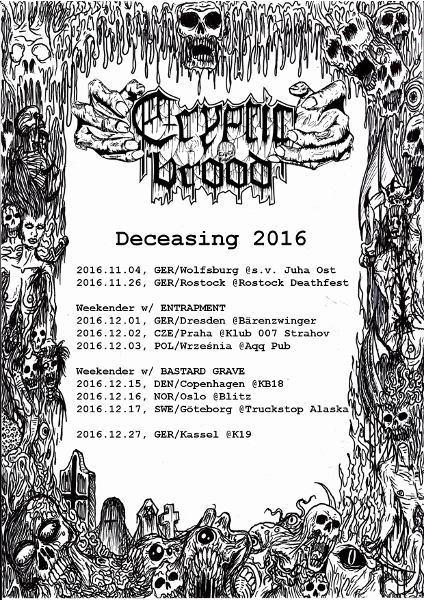 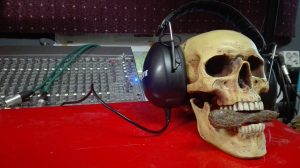 The brood is thrilled to announce it’s confirmation for Party-San Festival 2016. We hope all of you ghouls will gather at the tentstage to support our show. Uargh!!! 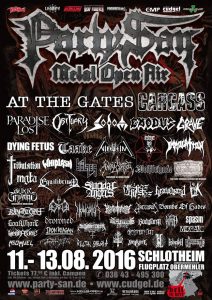