XTREEM MUSIC revealed the cover art (by Necromaniac Artworks), tracklist and the song “Temple Of Pestilence” of our upcoming “Wormhead”-EP in advance. Our new extraction of doomed out death metal will be out to infest your festered skull on 20th September 2015. 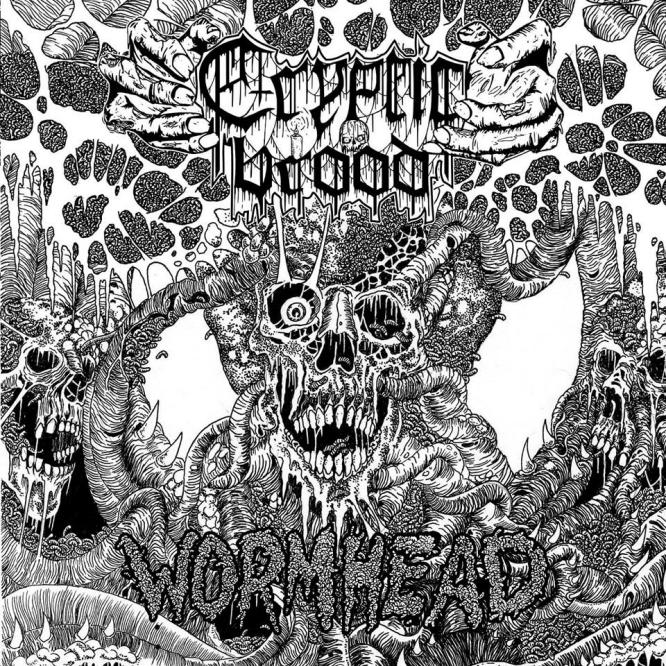 It’s time to reveal the cover artwork for germany’s most rotting Death Metal band that have emerged in the last years. We’re talking about CRYPTIC BROOD and their upcoming 4-song EP “Wormhead”.

This new mini CD is the continuation of their debut demo in 2013 and their split album with GRAVEYARD GHOUL in 2014. On this new putrid offering, CRYPTIC BROOD delivers an even heavier sound through their three own songs and a very unique interpretation of SUFFOCATION’s “Infecting the Crypts”. This awesome cover, which clocks for over 6 minutes, has been twisted in a way that looks more like an AUTOPSY song!! In fact, CRYPTIC BROOD style could be definied as a bastard hybrid between Death & Doom heavily inspired by bands like AUTOPSY, WINTER, DERKETA, UNDERGANG, early ASPHYX, HELLHAMMER…

Track listing for “Wormhead” is as follows:

Release date for “Wormhead” is set for 20th of September through Xtreem Music. You can visit CRYPTIC BROOD’s official website here:
www.facebook.com/CrypticBrood
and you can listen to an exclusive advance track from the new EP on the following links: